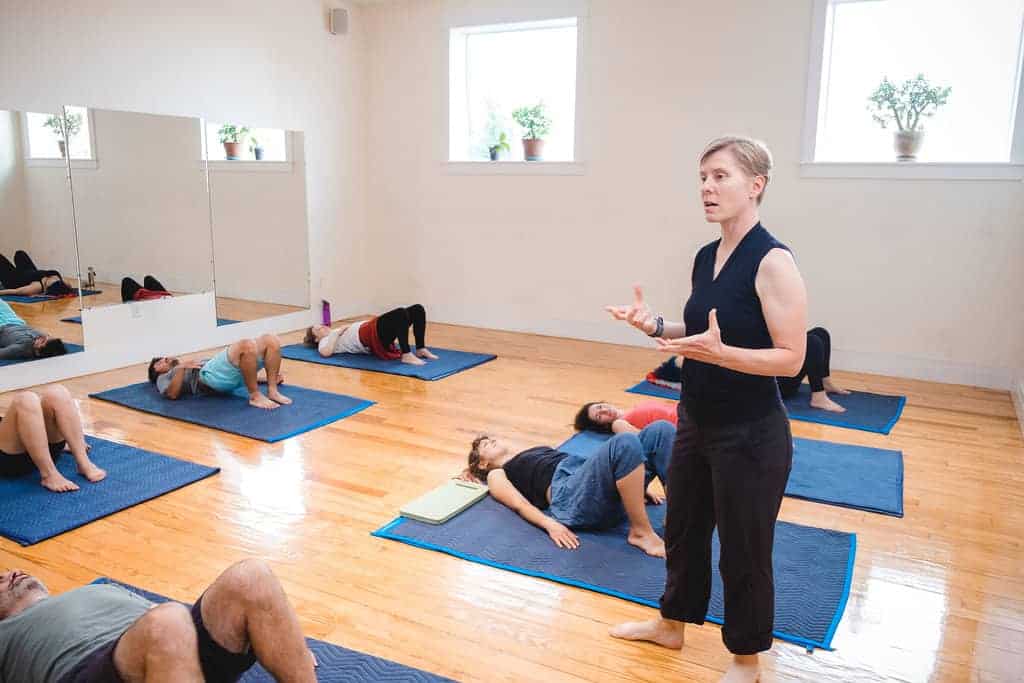 “Dear Fritha, I repeated yesterday’s class today. Although I felt I did not “repeat” it. I discovered something more profound in my reactions, anxiety and what I do when it’s a new challenge. So, this time I listened to every word from you like the Holy Grail. I discovered things I was dreading, but the dread was only dread, and as I let go, I discovered it was my reaction that was the stickiness of the belief of how I could/could not move. The first time doing that lesson was “about getting it right,” whereas your instructions opened up the possibility to “be in it” in different ways, which was like magic! Doing the lesson again today enabled me to leave what I thought behind and to discover, with your instructions, what possibilities there were. As soon as I listened more intently it allowed the playfulness and freshness of an entire new possibility! I even smiled and laughed with sheer delight of that feeling! Thank you, Fritha! Thank you, thank you, thank you.”
– Catherine, UK

“Feldenkrais class feels like participating in a slow-moving, gentle, personal revolution of consciousness. Every class feels like a movement meditation that I get to take something useful away from.”
– Aliza Persing

“Feldenkrais has allowed me, in its slowness and subtlety, to experience my habitual movement patterns at their roots. I have expanded my awareness to places in my body that have been under-utilized, as well as those that are over-tensed. Through this practice I have also learned a lot about my stress coping mechanisms. I appreciate Feldenkrais for its gentleness. In its simplicity it can easily be integrated into the dailiness of life in a way that I have not experienced through other movement practices.”
– Stephanie Jacco

“I look forward to Feldenkrais class all week. I have a physically demanding job which often leaves me sore and tired and sometimes broken. But no matter how beat I may be at the start of class, I always leave class magically recharged. The only difficult part of ATM is trying to explain it to those who have never experienced it. All I can say is that Fritha and Lauren’s clear and comfortable instruction leads my brain and body into a simultaneously energetic and relaxed state of mind. I believe everyone and anyone would benefit from the Feldenkrais method, and I could not recommend it enough.”
– Mark Caputo, Arborist

“I’ve been an avid student of the Feldenkrais method for over 10 years – first, as an aid to healing a back injury; then, as a support to my aikido practice; and finally, as a means of learning about my body, improving my sense of general well-being and facilitating an ability to heal my own aches, pains and minor injuries. Fritha and Lauren’s “Awareness Through Movement” classes never failed to help me feel and experience new things about my body. I would recommend them to anyone wanting to explore and go more in depth with this wonderful method of body education!”
– Josh Wachtel, Professional Musician

“After almost 70 years of serious dancing and martial arts, I got to try Feldenkrais just in time!”
– Robin MacRostie, Dancer