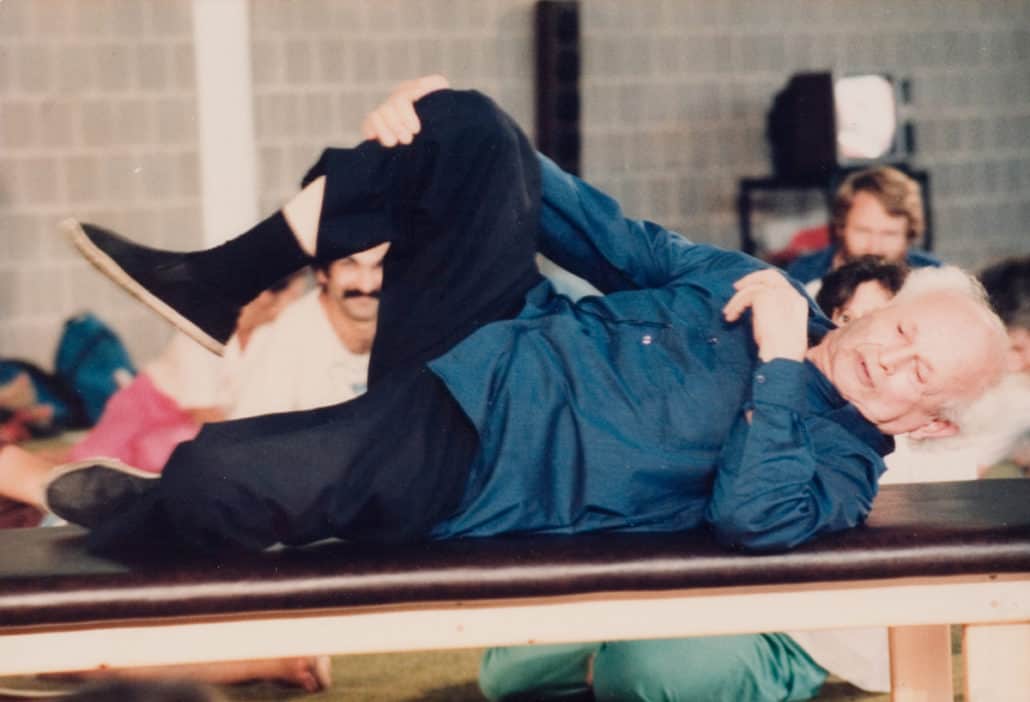 Moshé Feldenkrais (1904-1984) was a leading innovator in the field of human education and improvement. Primarily a scientist, Feldenkrais was an experimental physicist and electrical engineer trained at the Sorbonne, but he was also one of the first European proponents of Judo and other martial arts. Before the development of his method he was a leading researcher working in the famous Curie Laboratories in Paris. During World War II he was instrumental in the development of sonar. His efforts to rehabilitate his own injuries from soccer and Judo led him to apply his keen mind to a study of human movement and learning. In the 1960’s he left his job as the head of electrical engineering for the Israeli military to devote himself to the full-time development and teaching of the method he invented.